Last week was the first all-hands meeting of 2020. Held on January 8, 2020, it’s was a fun and interesting event for our Instarama family. Ranging from managers to junior interns, all came together to discuss our report card for the December month and plan our roadmap for the upcoming year. 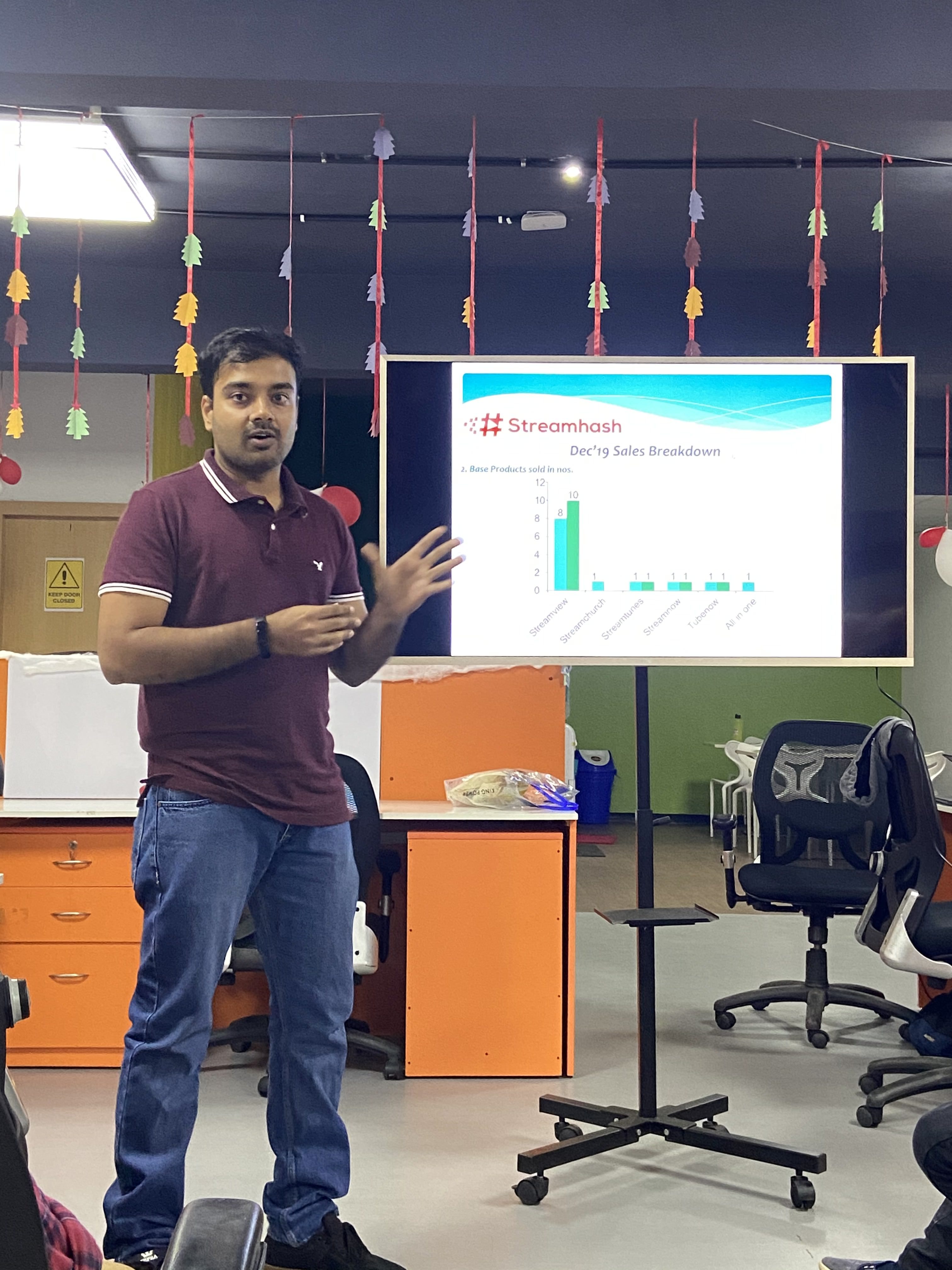 Inclusively, it was a decent month on both the marketing and sales fronts. We could have done better on some projects. Nevertheless, we learned a few things, which definitely will help us to excel better in the upcoming events.

Overall, there was a 0.9% dip in the inclusive traffic as compared to the same during the previous month. It’s mainly because of a slight variation in the referral and Quora sources. Thanks to a significant improvement in the Direct Traffic and Social-media Sources, we could have lost much more than 0.9%. Considering it was the holiday season, even a slight dip in the traffic means thousands of dollars lost. Yet, Adent is driving over 73% of the traffic from direct sources, which means the brand name is gradually becoming popular among adult industry entrepreneurs.

We could see a significant improvement in the number of valid sign-ups, which indicates that Adent received some high-quality traffic. Nevertheless, it was a well-brought-up month in terms of sales, yet we could see a slight impact of the dip in traffic on the sales figures. The sales figures remained on the borderline of the target values, which mean we achieved the targets, but it was not easy. Nonetheless, Adent remained one of the best performing projects, both on sales and marketing fronts.

Shopygen too faced a 0.92% dip in the overall traffic, but luckily, we were able to curb the bounce rates by more than 4%, which helped us achieve some good sales figures. Although, ShopyGen faced a slight drop from all the sources, except referral, the team’s efforts in driving quality traffic helped the sales team funnel-in some quality leads. We could maintain a stable in-flow of valid sign-ups, which revealed some new prospects in unexplored markets like Nigeria.

Both pre-sales and post-sales teams did an excellent job of cashing-in the leads. We could achieve our best sales figures for the past 3-4 months. The holiday sale, where we offered a flat 50% OFF, went pretty well. We not only sold a significant amount of base products but also closed some good customization deals. ShopyGen is gradually moving towards stability, and we hope the eCommerce solutions brand will soon set some new milestones.

As one of our top-performing projects, StreamHash has been able to maintain a stable flow of revenue for the past few months. There was a significant improvement of 10% in terms of overall traffic. Excluding a slight dip of 0.8% on the referral front, the team was able to boost the combined traffic coming from most of the targeted sources. We have also been running Display Ads for our Holiday Sales. We saw a significant improvement in the number of sales through this channel as well. Although it wasn’t a month for customizations, we sold some good amount of base products, which maintained a balance in the revenue stream. The Netflix clone, StreamView, was one of the most soled base products. 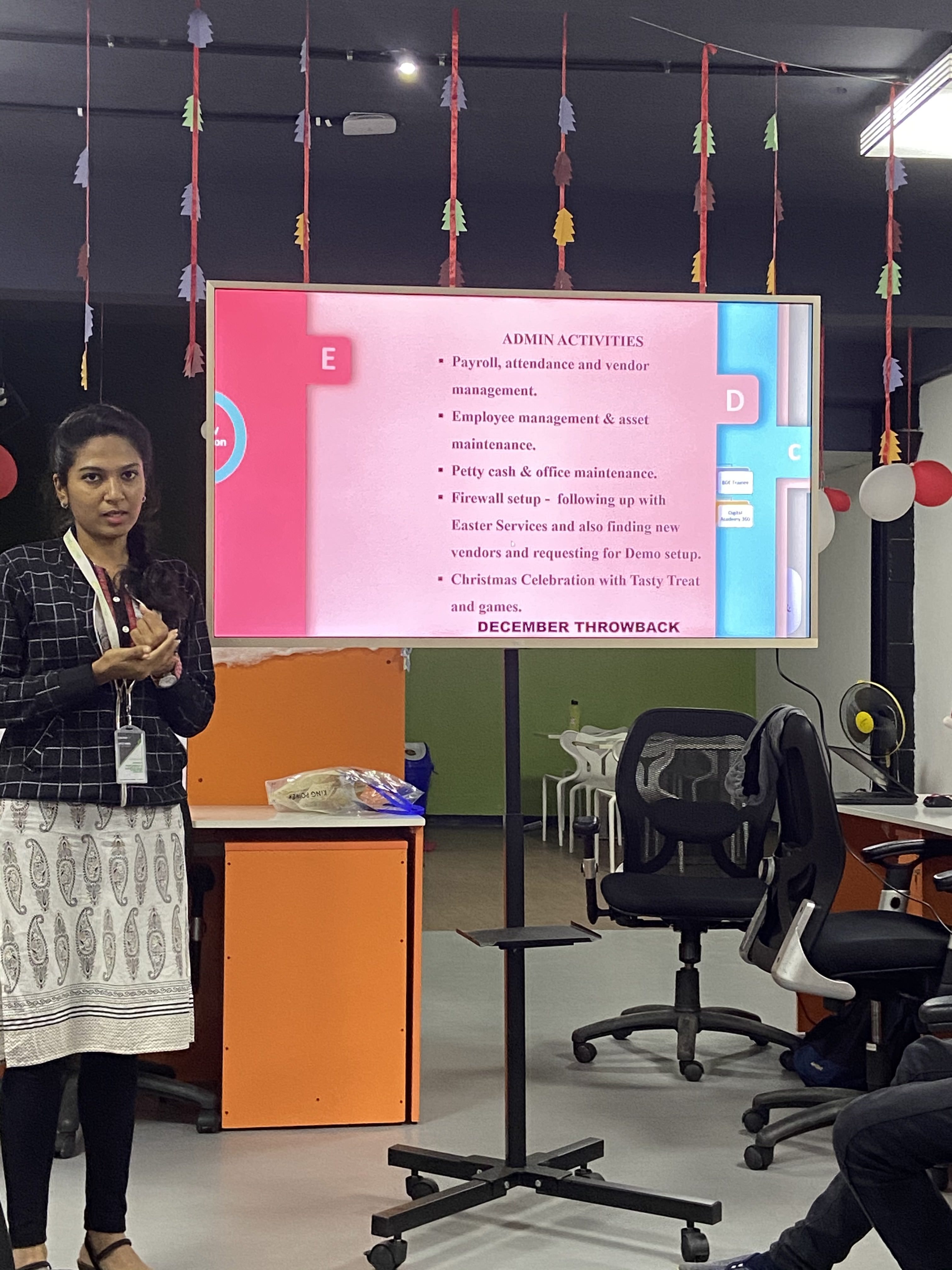 The QA team is on the constant move to collect feedback and improve the quality of all our products. Besides, the team does regular testing of the products in live and development environments. This month, we have been working on the improvements in most of Adent’s and StreamHash products. Products such as Gentask, xFans, and GenX were the highlights of this month’s QA.

As we enter into a new year, we have made big plans to boost not our sales and marketing but also the internal operations. We have some big projects in the pipeline. Beside regular team building activities, the HR department is planning a few big events to celebrate our Anniversary and Pongal festival.

Star Performer of Month: Sriram B 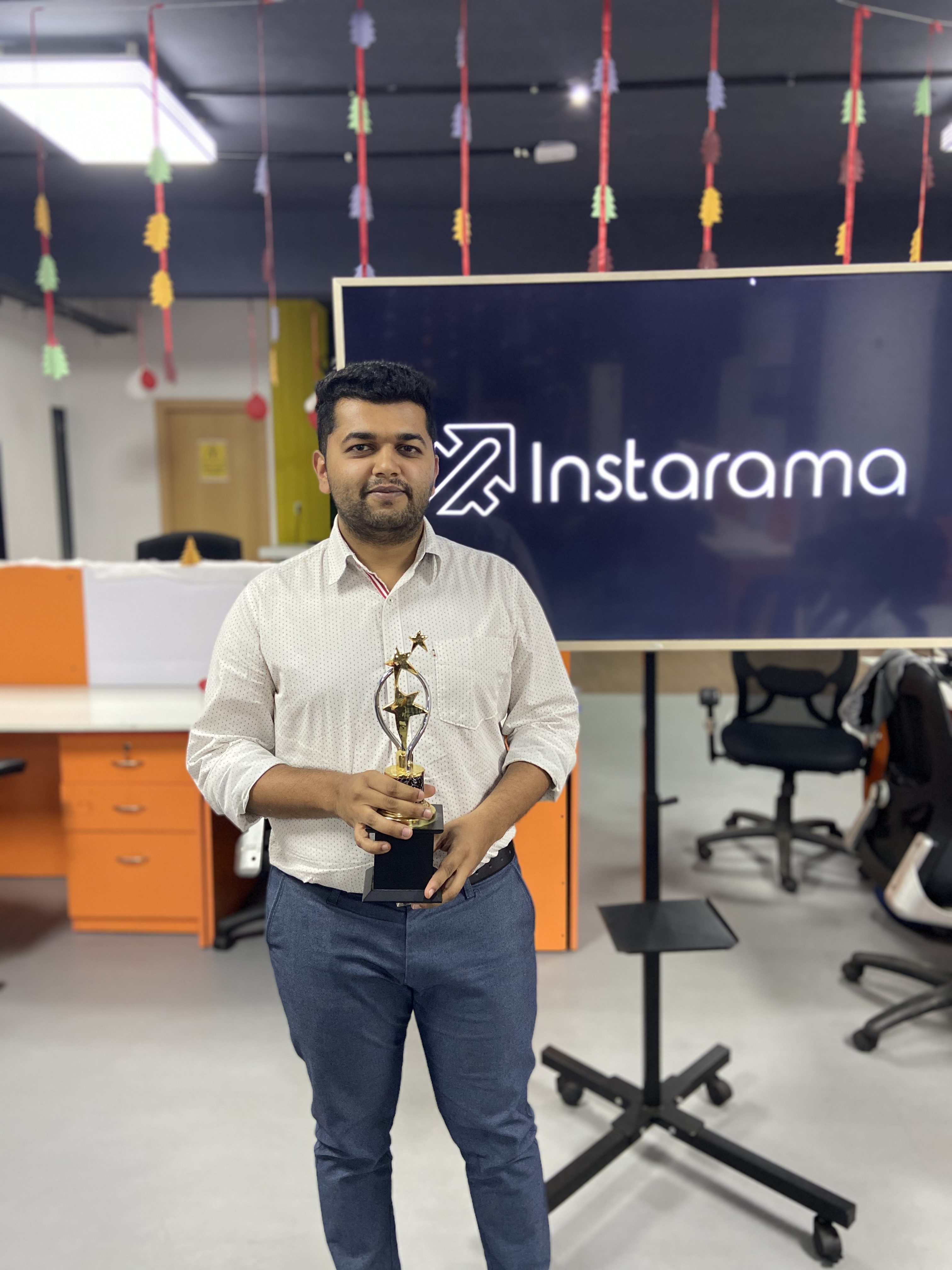 For a long time, Adent has been one of our fastest-growing projects. However, this month, it was ShopyGen, which created new milestones. Despite being a new product in a highly competitive arena of eCommerce business solutions, ShopyGen’s performance during the past few months is inspirational.

All credit goes to the sales and marketing teams of ShopyGen. Sriram, who has been handling the sales department, is undoubtedly the best-deserved contestant for this month’s recognition. It was a close competition between Sriram and two others from the team, but Sriram’s brilliant project management skills made sure that his contributions don’t go unrewarded. Well done Sriram, you have done a great job. You deserve the title of “Best performer of the month”.